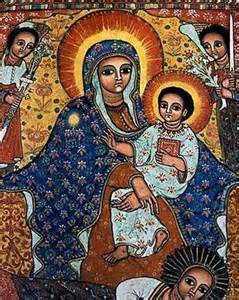 Merry Christmas! What a wonderful expression. People greeting each other on the street, in the stores, here at church. I know not everyone celebrates Christmas, but still. What a joyous time of the year. Merry Christmas, many people say!

But I want you to go back, two thousand years. Go back to a time when “Merry Christmas” was not even a phrase, a wish, an idea in people’s heads. Go back to the time that Dr. Luke describes in the second chapter of his Gospel. Back to the time when Israel was an occupied country, and the Roman Empire was the strong man. Back to the time when all people in Israel needed to be enrolled. The Roman government decided to have a census, so that they would be able to tax the people of Israel more accurately.

In our Gospel reading tonight, we heard this census described. The Holy Family, Joseph and his fiancée Mary, went to Bethlehem to enroll, because Joseph was a direct descendant of King David. I suspect there were many people on the roads. Today, traveling can be stressful and nerve-wracking. However, I am certain travel in the first century was much more difficult. Poor roads, with many people walking to get from one place to another. We might imagine that Joseph and Mary had a donkey, but nowhere in the Gospel is that mentioned. Travel conditions were challenging, at best.

So, there they are, in Bethlehem. A long way from their home, in Nazareth. I suspect Joseph took care of the enrollment business first thing. But Mary felt the pains of labor begin. What a scary thing! To be far, far from home, in an unfamiliar place, and to have such a significant event happen. Significant, and potentially life-threatening, too.

I have had several children. I can remember all four of the deliveries. All of them happened in the hospital, with nurses and doctors standing by. Quite possibly most of the women here who have delivered babies can remember all their deliveries, too. Don’t you think Mary and Joseph remembered this experience for the rest of their lives? Yes, delivering a baby is a special day for anyone. But—even more so, for Mary and Joseph. Because of the angels. And the additional special visitors, too.

As Luke tells us, there were shepherds abiding in the fields, keeping watch over their flocks by night. Remember, there is no radio or telephone, no Internet or even telegraph. When messengers personally come to deliver a extra special announcement, it is a big deal. These angels coming to the shepherds, well, that was a super big deal, to be sure!

And the announcement? This isn’t the birth of a normal, ordinary baby. No! This baby is an extra special baby. The Messiah, who will save His people from their sins. Did you hear? This special baby, this Savior, Christ the Lord, is born to you—to me—to all of us, in the city of David, which is called Bethlehem.

Did you hear? The Savior, the Christ, the promised Messiah, came into this world as a Baby in Bethlehem. The Eternal Second Person of the Trinity, Creator of the whole universe, God the Son, emptied Himself of all God-ness. Took on humanity, and was born as a helpless Baby. That is not only good news, that is earth-shaking news. Good news of great joy for all the people. For you, for me, for all of us.

Yes, the promises of Christmas may sound familiar to us. The good news that the angels brought may be old news, to some. But those promises? They are so needed, today. What with uncertainty and fear, anxiety and hatred so common today. Peace and security seem way out of humanity’s reach. Don’t we need some good news right now?

This is good news, this Gospel the angels brought to the shepherds. And they, in turn, told everyone they could about the Child, which the Lord had made known to them. Just as Luke said, all who heard about the Child were amazed at what the shepherd told them.

After that special birth announcement from the angels, and the excited visits from the shepherds, we are left with Mary. Mary who was only a teenager. Mary, who had had nine months to consider this extraordinary pregnancy and upcoming birth.

I cannot imagine a teenager entrusted with such a serious task as bearing the Savior of the world. Yet, Mary must have been up to the task.

Mary must have been a reflective young woman.

We know from verse 18 that Mary treasured all these words and pondered them in her heart. All of these words, these unfolding events. Another translation has this verse as “Mary was keeping together (sunetare) all these words, bringing them together (sumballos) in her heart.” Keeping together, sunetare, has the sense of integration. Bringing these events together, or sumballos! She was fitting all the puzzle pieces together, bit by bit.

Can we do the same? Can we fit all the puzzle pieces together? Can we slow down, just a little, and wonder at the miracle of that night? I invite us all to listen to the good news of the shepherds.

Stop by that manger in Bethlehem, and be caught up in the wonder of what happened that night, so long ago. The eternal God, Creator of the universe, come to earth as the Babe in Bethlehem.

O come, let us adore Him, Christ the Lord.

Suggestion: visit me at my daily blog for 2015: matterofprayer: A Year of Everyday Prayers. and my other blog,  A Year of Being Kind .  Thanks!